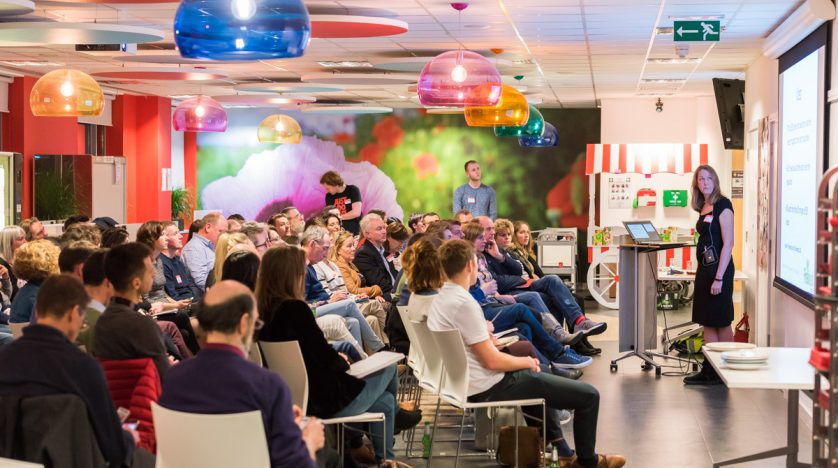 Posted at 22:55h in blog by James Sandbrook
0 Likes

As someone who has been in sales longer than I care to remember, I can look back and say that less than 20% of my sales have come from simply trying to break down the door of a decision maker. There has always been a connection to the person I am targeting.

It is fair to say I’ve used some pretty tenuous connections in the past too:

“I met your son’s friend’s aunt on holiday last week…. well, I say met… I saw them”

Ok, I’m not that bad, but at least people will read an email from you if there is some sort of genuine connection with them. What happens after that is down to you. I have found, however, that if you are giving value first before asking for business, you are far more likely to be successful. Which leads me to the crux of this post, ‘The Marketing Meetup’.

I first decided to attend the Cambridge Marketing Meetup for very selfish reasons. I needed to sniff out some prospects and there was the bonus that I may learn from other marketers whilst I was there. However, I was delighted to find that this wasn’t another BNI or Chamber-of-commerce-stick-a-business-card-up-your-nose-event. This was something very different.

I walked into the building at Redgate software in Cambridge and started chatting to another 1st timer. There was food, beer and general buzz around what was to come.

After chatting to lots of people, I took a seat and listened to the introduction given by the host and legend that is Joe Glover. No bravado, no commercial agenda, just a genuine goal to build the best marketing events in the UK filled with switched-on marketing folk.

There was also a prominent reminder to LISTEN over selling. What a refreshing approach! When we listen to others, we can better understand them, know their world better and hey, if there is a chance to benefit each other, then great.

I was already happier at this event than any ‘networking’ event I had attended before.

I was then blown away by the value the 2 speakers had to offer the audience. I found myself furiously writing notes and tips I could take back to my colleagues and customers.

I left the event with a big smile on my face, a number of contacts and loads of new knowledge. I didn’t care that I hadn’t ‘bagged a lead’, I realised that this event had much more value than I could image. I was able to speak to other agencies, talk to brands about why they were there and meet some brilliant freelance creatives.

But more than that, because I wasn’t having to be ‘the sales guy’, I was able to be myself and talk about things I cared about. In fact, one of the first conversations I had was about cycling in the Alps, totally unrelated to marketing but the start of building a genuine network. Brilliant!!!

I could very quickly see that not only would I be expanding my knowledge by attending the Marketing Meetups, I would also be building some genuinely great connections that wouldn’t feel forced.

Where can I do this in Birmingham?

I was about to leave my former employer who was based over in the East of England and I would no longer have a viable reason to drive from Birmingham to Cambridge to attend. So I had 2 choices:

—> Give Joe and call and ask if he was up for global domination of the friendly-networking-marketing-learning-space.

Turns out Joe was more interested in Birmingham than I could have imagined. He is actually a Brummie himself and just puts on a posh accent when he hosts the Cambridge event. I have even heard he becomes a bit Cockney when at the London event too, what a talent

You guessed it, I’m starting the Birmingham Marketing Meetup under The Marketing Meetup brand. The first one is on Monday 12th November. I have 2 of the most amazing speakers divulging their brilliance for our first audience.

I am overwhelmingly excited to be doing this. If I can make the event feel half as good as Joe does and offer the audience the same value I gained in Cambridge, then I will be over the moon!

Please sign up, they are completely free thanks to some brilliant sponsors.

You can find out more at https://themarketingmeetup.com

Hope to see you there!!